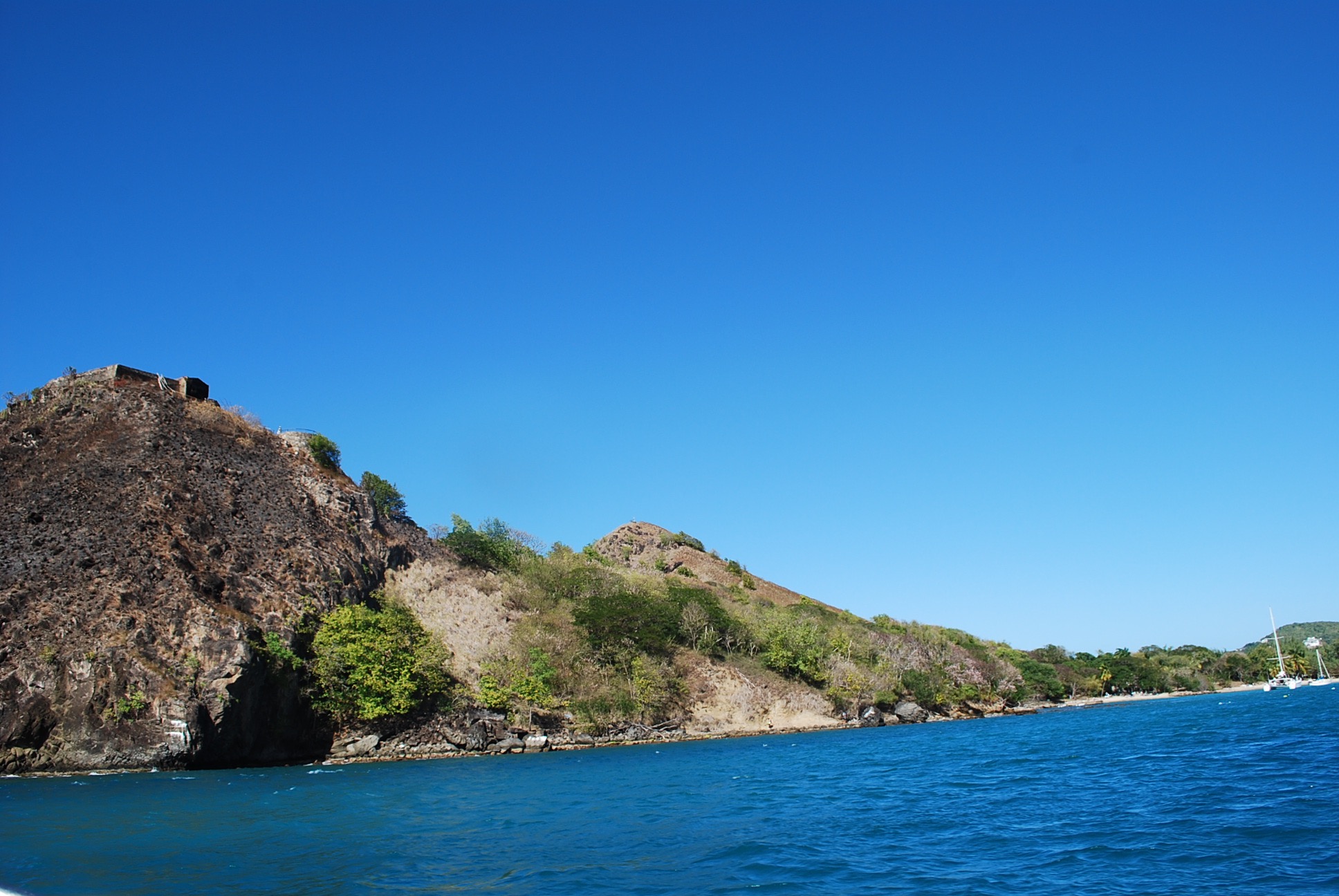 The Arawak people, the original inhabitants of Pigeon island, were driven out by the Caribs around 1000 A.D. The Caribs lived in caves along the shore of the island, and hunted for fish, shellfish, small animals and birds. They also foraged for plant food. In the 16th century, a French pirate, François le Clerc, used Pigeon Island as his base. He forged an agreement with the Caribs, so that they would not attack his ship.

In 1778, Admiral George Rodney took over Pigeon island, expelled the natives, and built a fort on the smaller of the two peaks. This fort is known as Fort Rodney. To establish clear viewpoints, Rodney ordered all trees on Pigeon Island to be cut down. From the higher peak, Signal Hill, Rodney was able to observe the French naval base on Martinique.

Over the next several years, the British built several other structures on Pigeon Island, including two barracks, a mess hall, and a lime kiln.

In 1782, Admiral Rodney sailed from Pigeon Island to confront the French fleet, which he defeated in the Battle of Saints.

Pigeon Island is a 44-acre (180,000 m2) islet located in Gros Islet in the northern region of Saint Lucia. Once isolated from the country in the Caribbean Sea, the island was artificially joined to the western coast of mainland in 1972 by a man-made causeway built from dirt excavated to form the Rodney Bay Marina. Composed of two peaks the island is a historic site with numerous forts such as an 18th-century British fort and Fort Rodney both used by the British to spy on French Ships from neighbouring Martinique. The Government of Saint Lucia designated Pigeon Island as a National Park in 1979 and as a National Landmark in 1992. It is open to visitation 365 days a year. Pigeon Island National Landmark has a number of heritage attractions and amenities which include:

Ruins of military buildings used during the battles between the French and the British for the island of Saint Lucia.
An Interpretation Centre describing the rich history of the island.
Two beautiful beaches.
A restaurant featuring local cuisine.
A pub and restaurant with a historical theme.
A lookout point at the top of the Fort which gives a panoramic view of the Northwest coastline.